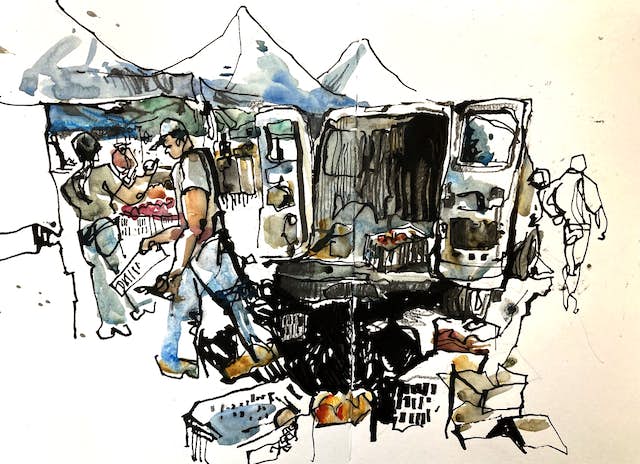 Learn to sketch fearlessly by simplifying a scene.

When you sketch on location, are you overwhelmed by all that you see? Do you struggle to simplify the scene before you? Have you been afraid to dive in and sketch the subject because it involves people? In this workshop, set in a Farmers’ Market, you will learn to sketch quick vignettes that capture the energy and essence of a place and its people.

Suhita Shirodkar will share skills designed for and transferrable to working on location, including composing vignettes and thinking in visual stories. You will learn to draw sketches fearlessly, regardless of subject matter, and get tips on how to begin sketching people.


Update: both workshops are now full.

You may register by selecting "Add to cart" below, and checking out.

To gift a workshop, go ahead and purchase with your own name and then email us the recipient details.

This is a live workshop that will take place on Zoom. During the workshop, you will have a chance to ask the instructor questions and connect with your fellow classmates. After the workshop, we’ll provide you with a recording to review on your own time.

We’ll be in touch the week of the workshop with instructions for connecting and additional information. Please remember to set a reminder for yourself, and adjust for your timezone. Tickets are non-refundable, but we may be able to transfer your ticket to another student if there is a wait list.

Curious about tickets, technical details, gifting workshops, or anything else? Please see our frequently asked questions page for more details, and please don’t hesitate to contact us for help.

These are the supplies that Suhita recommends, but feel free to use what you have on hand! 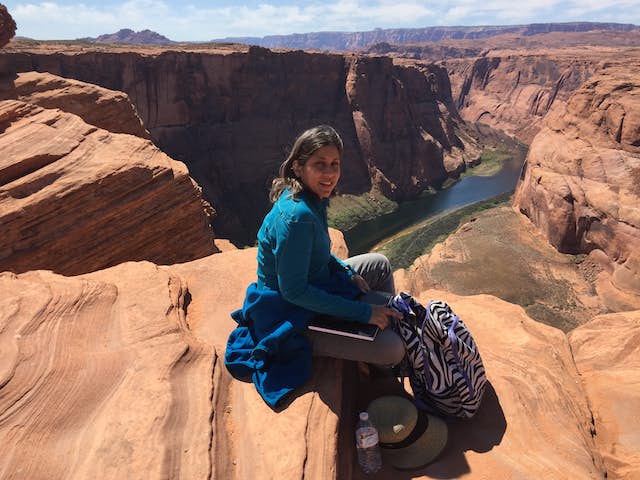 Suhita Shirodkar is an urban sketcher, visual journalist, and educator based in San Jose, California. She teaches sketching workshops locally and around the world. She is currently a visual journalist as a part of a residency with WIRED magazine and has been the recipient of grants from the Knight Foundation and Belle Foundation.

Suhita's teaching focuses on urban sketcher and reportage illustration. She draws and shares stories from the world around her. What captivates her varies widely from life on streets to the disappearing, decaying sides of cities. Her work has appeared in various magazines and books and has been in juried shows as well as solo exhibitions. She hopes that teaching and popularizing sketching will help open the doors to many more people to see themselves as artists, makers, deep observers, and recorders of the world around them.